What's in this Newsletter

The first step in reforming the canon of philosophy is identifying those persons who are philosophers, and identifying the works and/or teachings that they have bequeathed to us but that have been hidden, often for millennia. We Americans and Europeans have made great strides in the past several decades, identifying women philosophers from our traditions.  Less work has been accomplished to identify women from outside the western tradition, especially women who may have written in non-western languages, who may represent lesser-known philosophic traditions, or who may have taught at institutions that no longer exist. It is important therefore that we in SSWP support and encourage informal organizations such as the Turkish-European Network for the Study of Women in the History of Philosophy.

Women in the History of Philosophy: Methodological Reflections on Women's Contributions and Influence

The conference "Women in the History of Philosophy: Methodological Reflections on Women's Contributions and Influence" was held June 15th & 16th at the Helsinki Colegium for Advance Studies. The aim of the conference was to contribute to an ongoing reconstruction of the canon of philosophy by addressing methodological questions, studying women thinkers as inventors and as developers of ideas, and also as initiators of new modes of asking philosophical questions. In addition, it considered how the disappearance of female contributors has affected the discipline of philosophy itself, and how the reintroduction of works by women philosophers may influence contemporary academic philosophy.

Ruth Hagengruber, University of Paderborn, presented the opening paper at the Helsinki Conference "Women in the History of Philosophy: Methodological Reflections on Women's Contributions and Influence"  To oversimplify Professor Hagengruber's argument, rewriting the history of philosophy to accurately represent women's contributions to it means that we are accepting as paradigmatic of what constitutes philosophy those issues, problems, topics and methodologies that have been developed by men.  If we accept them, then we accept the exclusion of women's interests, concerns, methodologies and even genres from the canon. This, notwithstanding the fact that many women contributed to the discipline thus defined by men. And including those works in the history of philosophy has the paradoxical result of accepting women's work as that has been defined by men. She refers to this paradox as "the inclusion of the excluded."

An equally fundamental paradox is what she calls the "gendering of the universal."  If males have always defined what philosophy is while simultaneously claiming that the criteria for "being a work of philosophy" are universal, or at least, general criteria, then those criteria are likely to be male-gendered.  Adding "feminism" to them may expand the contents of the canon of philosophy somewhat but it also has the effect of blinding us to the possibilities that other genres, other problems, other methodologies may merit inclusion in that canon.  Adding "feminism" to the criteria means only that the male-gendered "universal" has been expanded; it doesn't make the canon any less male-gendered. Thus, the "universal" does not refer to "universal" criteria, but only to criteria that are compatible with the masculist description of philosophy.

However, at least some women philosophers have introduced important philosophical concepts and arguments that would satisfy a criterion of universality.  Amongst these are the ideas (1) that an omnipotent deity (as distinct from minor deities e.g. in the Hindu tradition) would have no sex, (2) the historicity of science,  and (3) the argument for universal civil rights for for all humans regardless of gender or race. Thus, some women philosophers, by avoiding the second paradox, would merit inclusion in the broader canon and thereby avoid also the first paradox.

This paradoxical vision of delight in God as the Christian’s greatest good and of the self-destruction required to acquire such joyful possession is the experiential underpinning of their philosophy of God and of salvation.

Lee provides a perceptive account of the changes in Van Schurman’s religious epistemology.  In her earlier works, Van Schurman had emphasized the importance of scientia, academic knowledge, in developing an accurate concept of God.  Her own mastery of biblical languages and biblical criticism illustrated such a scholarly approach.  As she later moved toward a more pietistic theology, influenced by the Labadist stress on personal religious experience, Van Schurman condemned her earlier bookish approach as sterile.  She now insisted that authentic knowledge of God required the Christian to undergo complete self-denial to acquire an intimate knowledge of God.  An overthrow of the self is needed to enter into this immediate grasp of God.  The self-denial here requires the abandonment of personal ambition as one surrenders oneself completely to Christ, who suffuses a new joy into the abandoned soul. In her mature works, Van Schurman highlights the importance of intima notitia, the intimate, loving experience of God, in her account of religious knowledge.  Religious theories constructed apart from this existential religious knowledge are illusory.

The Christian soul exhibits a new spiritual joy, but this joy must remain the byproduct of the transforming union, never a good sought for its own sake.   The agony of the murdered bride and the resurrection of the joyous apostle emerge from the itinerary of self-denial.

Despite her sympathy for the two authors, Lee detects several problems in their religious philosophies.  One major issue concerns the relationship between divine and human causation in bringing about this state of self-abandonment and union.  A faithful Calvinist, Van Schurman often argues that divine predestination is the cause of this metamorphosis but in other passages she exhorts the Christian to renounce personal ambition in order to surrender to God. Similarly, Guyon often drifts between exhortations to reorganize one’s life to make place for God alone and assurances that God alone is the cause of spiritual transformation.  Like many seventeenth-century philosophers, Van Schurman and Guyon struggle to defend the reality of human freedom against the evidence of determinism, but in their case it is the reality of an omnipotent God—and not a mechanistic cosmos—which threatens to overwhelm human agency.  As Lee argues, both thinkers make a contribution to religious epistemology by their insistence that authentic religious knowledge can only emerge from a religious experience in which the self is radically transformed by an existential encounter with God.

Where in the World?

In the course of your research have you come across public commemoration of a woman philosopher?  Is there a street, a plaque, a statue in a public space where a woman philosopher is commemorated?  If so, submit a JPEG photo and a caption indicating the name of philosopher and the type of artifact (street sign, statue, etc.) to sswpdues@gmail.com and in the Subject line indicate "Where in the World?" and your submission will appear in a future newsletter. Here are a few to get you started:

10. The Many Years Long, Seemingly Never-ending, Continuing Saga of

Below are the names of 40 women philosophers of the 19th century whose contributions to the discipline are presented in the 3rd DVD of the Busted!! series.

We acknowledge the generous support of the American Philosophical Association towards the production costs of this volume.

Please Volunteer to write a page about one of the following philosophers. Just send an email to sswpdues@gmail.com  indicating which philosopher you would prefer to write about.

If you wish to suggest the inclusion of a philosopher not named below or on our women philosophers dot com pages, please send an email to sswpdues@gmail.com with a brief description of that woman's role in the discipline.

NOTE: Only deceased philosophers are featured on these pages. (It's a legal matter regarding unauthorized biographies of living persons.) If you are dead, let us know and we'll feature you on women philosophers dot com. :)

The 16th Symposium of the International Association of Women Philosophers

To be held at Monash University, Caulfield Campus, Melbourne, Australia

Founded in 1976, the International Association of Women Philosophers (IAPh) is an organisation committed to promoting discussion, interaction, and cooperation among women in philosophy worldwide. In honour of the IAPh’s 40th anniversary, this symposium proposes to celebrate women’s diverse historical and contemporary contributions to philosophy, and to highlight the work of female philosophers in all branches of philosophical and feminist inquiry. We particularly invite papers that reflect on the history of women’s engagement with philosophy and feminism in Europe, the Americas, Australasia, Asia, Africa, and elsewhere, during the past forty years, and back to the earliest periods. The conference themes, history, values and knowledge reflect the broad scope of contemporary research on historical women philosophers, on feminist ethics and politics, and on questions of feminist epistemology. Submissions in other areas of philosophy and feminist theory are also welcome.

Abstracts of no more than 300 words, accompanied by a biographical note of 100 words, should be sent to the organisers (iaph-symposium@monash.edu) by 30 September 2015. Acceptances will be sent out by end of January 2016.

In addition, please choose at least one descriptor from those provided below, and include your choice(s) with your abstract.

4. Epistemology (including Philosophy of Science)

Journal of the American Philosophical Association

This new journal is seeking submissions in any area of philosophy and is also seeking individuals who are willing to referee submissions on the history of women philosophers.

To submit an article for refereeing, see this PDF.

To submit your name as a prospective referee, email the editor John Heil: jh@wustl.edu

Amazon.com wants to give us money!  All you need to do is shop!

Even if you forgot and started at Amazon.com, you will be asked if you want to go through Amazon Smile. It's an instant transition that won't cause you to lose any data if you're in the middle of shopping.

SSWP receives ½ of 1% of qualified purchases (does not include subscriptions). So if you buy $100 worth of books, or a $100 Barbecue grill, SSWP will receive 50 cents. That might not sound like much, but if 20 members each spend $100/month on Amazon by going through Smile.amazon.com, that’s $120/year contributed to our Scholarship fund. That amount alone will enable a student member to stay a night in the hotel in order to present a paper at our session!  Please enable this no-cost contribution to our organization by taking the time to set up your Amazon smile account. If you also have Amazon Prime, your purchases will still ship for free.I

Pay Your Dues.  We know you're embarrassed, but...

This website has been lovingly constructed to help promote your work, your research interests and your professional life. Your dues pay for it: so use it!

Many members have received as their premium, a copy of the Photo Album.

There are only 3 copies remaining!

If you haven't yet paid your dues at the level of Philosopher-Queen or Salon, do so now and the first three members requesting the album (rather than a DVD) will receive it.

The previous CFP published in our March, 2015 Newsletter incorrectly stated that presenters needed to be IAPh members. Whether or not you are also an IAPh member, if you wish to submit, keep in mind that the deadline is September 30th for 300-word abstracts. For details, go to:  http://artsonline.monash.edu.au/iaph2016/call-for-papers/.

Thanks to Jacqueline Broad for bringing this error to my attention.

Our Visitors in April, May and June 2015 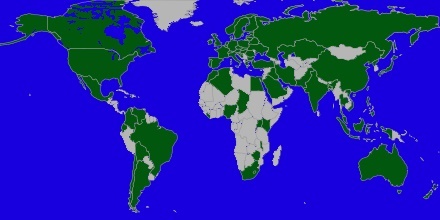 (Yet Another!) Request for Volunteers

No officer of SSWP receives a salary or reimbursement of any kind for their work. Despite this, the following all get done:

If these tasks must be outsourced, the costs would consume our financial assets.

Won't you help with some of these necessary (if unglamourous) tasks?  Consider it part of your university-required service to the profession.

Send an email to sswpdues@gmail.com with "I'LL HELP OUT" in the Subject line.

Society for the Study of Women Philosophers

SOCIETY for the STUDY of WOMEN PHILOSOPHERS